UAV or Drone Flying in Cyprus

Who, why and what are the rules?

Drones or Unmanned Aerial Vehicles are big business. Every picture is worth a thousand words so that makes a 1 minute video at 30 frames per second worth 1.8 million words or a very large book! Add to that a whole new perspective when taken from the air and you get the picture…pun intended. There is massive potential to let your existing and potential customers see you in a whole new way with the general idea being that they will want to trade with you more.

Companies such as DJI have massively reduced the cost of entry into the realm of aerial photography and at the same time radically simplified safe operation through sophisticated software and GPS technology for position attitude safety performance control. What is more the pilot keeps his feet firmly on the ground. No pilot’s license, no baggage check, no inspections…or are there?

Regulators around the world who have successfully ensured that aviation safety is maintained at an extraordinarily high level are struggling to keep pace with appropriate regulation that does not inhibit the technological market advances drones will bring. Broadly speak air safety has been achieved because everybody got together in ICAO, the International Civil Aviation Organisation, to make sure everyone followed the same rules everywhere. National regulators made sure that their country kept up to international standards. Now in Europe there is EASA, the European Air Safety Agency to bring about harmonisation and consistence across the EU.

In the UK the CAA (Civil Aviation Authority) has taken something of a lead on behalf of Europe and first published CAP 722 in 29th May 2002 to bring together the current thinking and start to develop “best practice” for the then embryonic industry; it is now at the 6th edition published 31 March 2015. This document provides guidance for the whole industry including manufacturers and operators as to how to stay both safe and legal. Anyone who lives in Cyprus will know that legislation here closely follows either the UK or other European models. In Cyprus it is the Department of Civil Aviation (DCA), a part of the Ministry of Works, which has the responsibility for aviation safety. 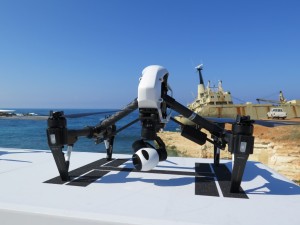 You might be wondering “why would they be interested in model aircraft?” Well drones come into three categories; 1) less than 20kg, 2) from 20kg to 150kg and 3) over 150kg. The first two categories are subject to regulation by national bodies i.e. The DCA in Cyprus and the largest is subject to EASA which means it has to have airworthiness certification and everything else you might expect to keep everyone safe. Below 7kg regulation is a little less onerous because safety is concerned with the potential to do harm and that is related to energy. Small things going fast have a lot off energy, like a bullet, and large things going slowly do like a bulldozer or truck. But you also need to think about where a drone might be (fly) and how fast something that might hit it might be going! Quickly you will discover that the latest drones weighing less than 3kg can fly to a height of 4500 meters which is over 12750 feet in old money. As pilot in a small Cessna you would be required to wear oxygen masks! These drones can fly 2km from the radio controller. If a bird can cause severe problems for an airliner a drone would be worse and you would not want one falling on you or your new Mercedes or Mitsubishi L200 unless it landed in the pick-up bit.

The technology is now so relatively cheap and easy to use that anybody might be tempted to set up a business to offer their services. But if you are using or planning to use a drone to provide a service for which you will be paid beware…. 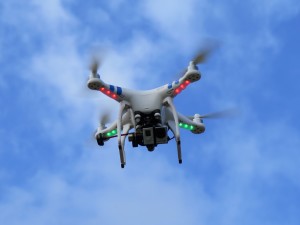 You need permission to fly from the Cyprus DCA. You need to apply on their standard forms and specify when and where you plan to fly giving maximum height and radius of operation and giving the precise latitude and longitude coordinates. You must also satisfy DCA that you are competent to fly the drones, and have third party liability insurance (nobody can yet offer this in Cyprus and my organisation is insured through Lloyds in London.) after that you will need to remain available (in the Paphos region) to Paphos Control Tower and obtain final clearance before flight and notify them on conclusion of flying. After giving you approval to fly, the DCA will issue something called a Notice to Airman (NOTAM) to advise all other pilots in the area that you will be flying.

Now nobody expects an airliner to be as low as a drone will most likely be flying to film landscapes, villas, hotels and events (and special rules apply to events of 1000 people or more) but the police and civil defence force helicopters do fly below 250 feet on occasion and drone pilots often want to fly to about 120 metres which is just less than 400 feet for the view. The reason to stay below this 400 ft mark is that private pilots in small aircraft are legally allowed to fly as low as 500 feet so this keeps a minimum separation of 100 feet or 33 metres between them and the drone even when they do not know you are there. The police and the military can fly as low as 250 feet, without special permission.

Is there anything else to consider? Well yes. You must also register the type, manufacturer, serial number and ownership of your drones at uav.dca.mcw.goc.cy

You are forbidden from filming military or civil defence installations and you need to have permission from the “owner” or person responsible for the site over which you are flying and must maintain minimum distances from people and other property. You may also need to inform the local police and perhaps the local authority.

And all this is because “getting paid” for the photography or video is classed as “aerial work” which means it requires local civil aviation authority permission pretty much anywhere in Europe. So if you just fly for a hobby and keep you images to yourself none of this applies…yet!

As would be customers, especially in Cyprus, we all know the attraction of the bargain that “family” can offer;….before you buy video and images from your local aerial work drone operator, ask to see their insurance and their DCA permission. They will not have it because to date only CySkyImages has the insurance and obtains DCA approval prior to flights.